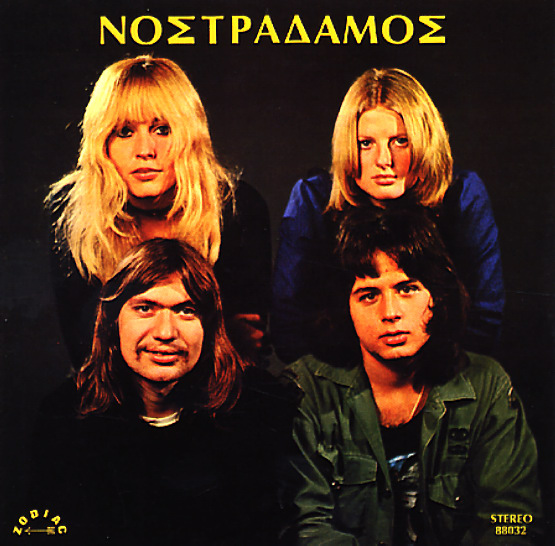 The only record from Greek psychedelic folk combo Nostradamos – with a gleefully diverse sound augmented by impeccable female/male lead and harmony vocals – and tunes that run the gamut from delicate, classical bits to lumbering proggy heaviness! The vocals really keep the disparate elements together – from with the female vocals given the most space – and backing that has guitar, bass, drum and organ at the center of loads of adventurous instrumentation blending Greek folk with the psych sounds of the US and UK! Bits of harp, violin, and flute and French horn (?) find their way into the mix. Groovy stuff that veers all over the place in the best way!  © 1996-2021, Dusty Groove, Inc.