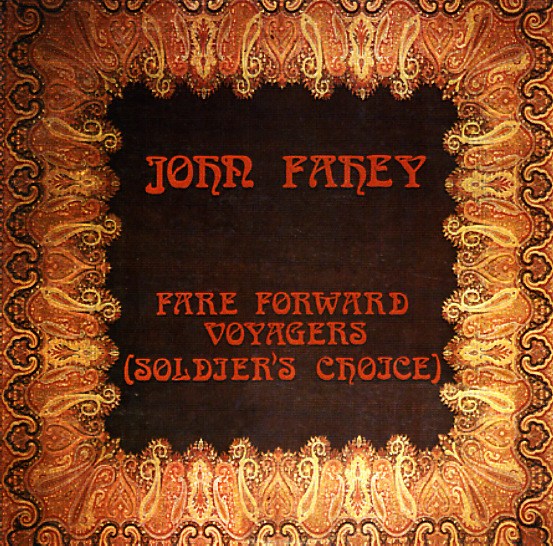 A wonderful set from the early 70s – a record that has John Fahey opening up even more than before, on three very long tracks that really extend his ideas into a much more open space! The territory is maybe a bit more in the mode of Robbie Basho or Sandy Bull – and the pieces themselves are dedicated to Fahey's guru, Swami Satchidananda – with some of the Eastern elements you might expect! Yet John's longstanding tradition to reworking an American idiom is still strongly in place – maybe just inflected with a new spirit breathed into the nation in the late 60s – and opened up with wonderful interplay on the strings of the guitar. Titles include "When The Fire & Rose Are One", "Thus Krishna On The Battlefield", and "Fare Forward Voyagers".  © 1996-2023, Dusty Groove, Inc.