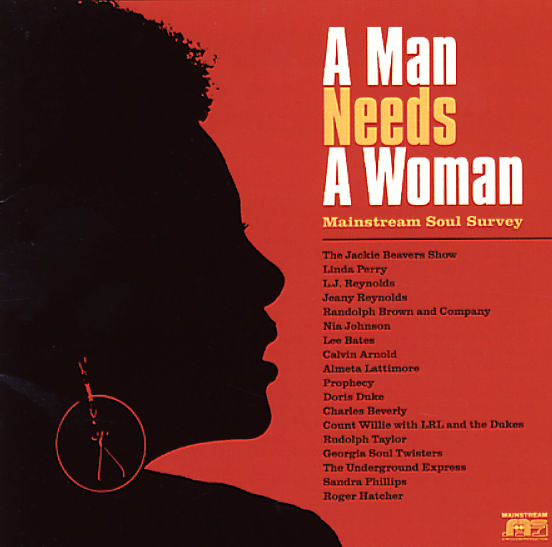 A rare look at the soul music side of Mainstream Records – a label that's mostly known for its famous jazz fusion sides of the early 70s – but who also turned out a fair bit of great soul work as well! Most of the Mainstream soul tracks were only ever issued as 45s – making this collection even more valuable in the way that it scoops up countless bits of lost wax, and brings them together in a whopping 26 track package – much of which has never been reissued before! The titles here all originally appeared on the Mainstream, IX Chains, and Brown Dog label – and although Mainstream often had a reputation for tight production on its jazz, there's a nicely rough-edged feel to most of these numbers – styles that echo southern soul and New Jersey indie work from the same time. Equally important is the fact that many of these cuts represent obscure early material by artists who would score much bigger on later labels – a great help to filling in the cracks in their early careers. Titles include "You Can Be Cured", and "Take A Few More Steps" by Randolph Brown, "We're Not Too Young To Fall In Love" and 'When Something Is Wrong With My Baby" by Jackie Beavers, "It's All In The Back Of Me Now" and "Everyone Has Someone" by Linda Perry, "Where Can I Run" by The Underground Express, "Call On Me" and "Intruder" by LJ Reynolds, "Down On Me" by Jeany Reynolds, "Satisfy My Woman" by Calvin Arnold, "Grass Ain't Greener" by Charles Beverly, "We Gonna Make It" by Roger Hatcher, "You Shot Me" by The Georgia Soul Twisters, and "Business Deal" by Doris Duke.  © 1996-2021, Dusty Groove, Inc.