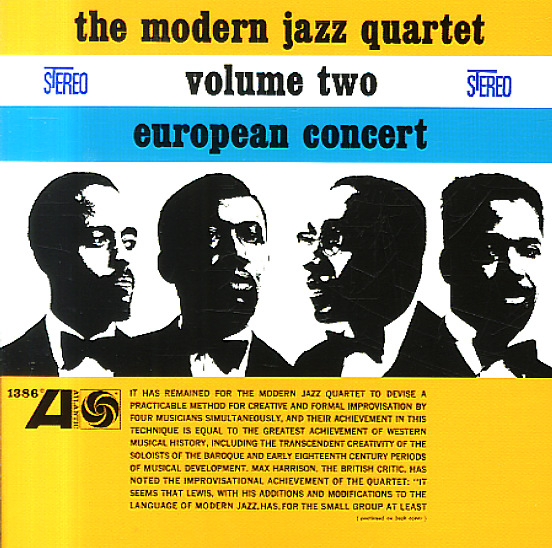 Volume 2 of a double-length live set from the legendary Modern Jazz Quartet – recorded in Scandinavia in 1960, almost as a summation of the group's growing genius in the 50s! The tunes are a mix of John Lewis and Milt Jackson originals, plus other songs all given the wonderful MJQ twist – distilled into a sublime blend of piano, vibes, bass, and drums – all delivered with a sense of class, but never too much polish. Titles include "Pyramid", "It Don't Mean A Thing", "The Cylinder", "Round Midnight", "Bag's Groove", and "Skating In Central Park".  © 1996-2021, Dusty Groove, Inc.
(Green and blue label stereo pressing. Includes the Atlantic inner sleeve. Cover has some surface wear, aging, and some masking tape holding the seams.)