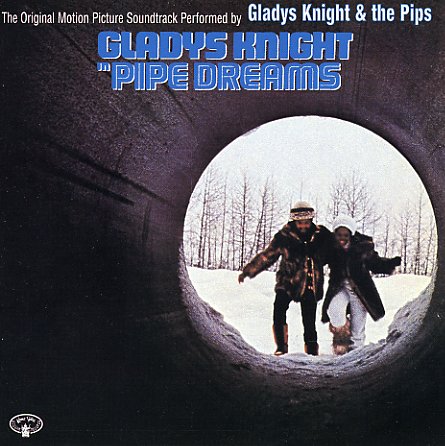 After hitting big as a singer on the soundtrack for Claudine, Gladys Knight finally got her chance in front of the camera for Pipe Dreams – a record that featured her both as the star on film and on the soundtrack! The styles here are a bit more wider-ranging than the usual 70s soundtrack of this type – a bit of ballad soul, mellow numbers, and more – arranged by Dominic Frontiere and Michael Masser in styles that are a bit like some of Knight's own albums of the time. We like especially the jazzy vocalesey number "Pot Of Jazz", a nice number that deserves further discovery on a compilation – and other cuts include "Find A Way", "Follow My Dreams", "So Sad The Song", and "Alaskan Pipeline".  © 1996-2023, Dusty Groove, Inc.
(Cover has a light corner bend.)