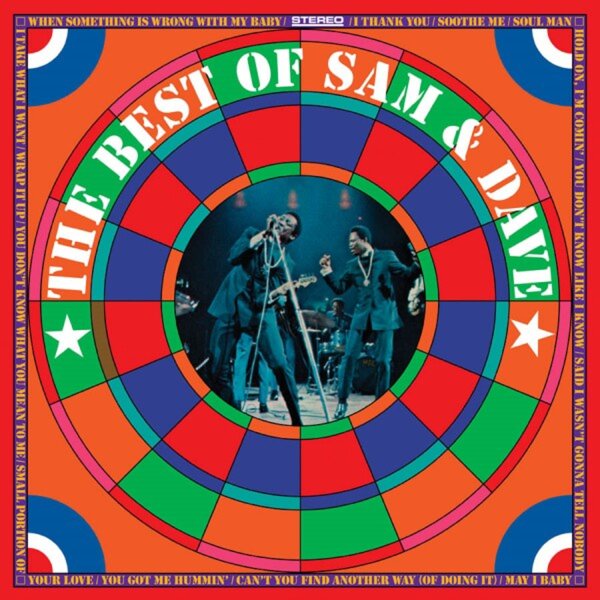 Great work from one of the tightest acts of 60s soul – the always-energetic Sam & Dave, working here with an excellent batch of tracks by Isaac Hayes & David Porter! Sam & Dave had made records before this period – but the cuts here are all from the years when they were recording with Stax Records – really burning things up, thanks to the great material that was often both penned and produced by Hayes and Porter, and always given a sharp Memphis groove that took the already-great dynamics of the pair and knocked it out of the park! At the time of these recordings, Sam & Dave were so hot that James Brown refused to have them open for him – as they'd completely exhaust the energy of the crowd – and you'll be able to hear why, on titles that include "Hold On I'm Comin", "May I Baby", "Soul Man", "I Thank You", "You Don't Know Like I Know", "When Something Is Wrong With My Baby", "You Got Me Hummin", and "Wrap It Up".  © 1996-2022, Dusty Groove, Inc.
(Red and green label Rockefeller pressing in the dartboard cover, with staining and waviness on the bottom seam.)

Almighty Fire
Atlantic, 1978. Near Mint-
LP...$14.99
Killer late 70s work from Aretha Franklin – and a set that features production by Curtis Mayfield, in a style that's quite similar to his work with the lady on the Sparkle soundtrack! Aretha somehow sounds deeper here in Curtis' company than on some of her other 70s recordings – and ... LP, Vinyl record album