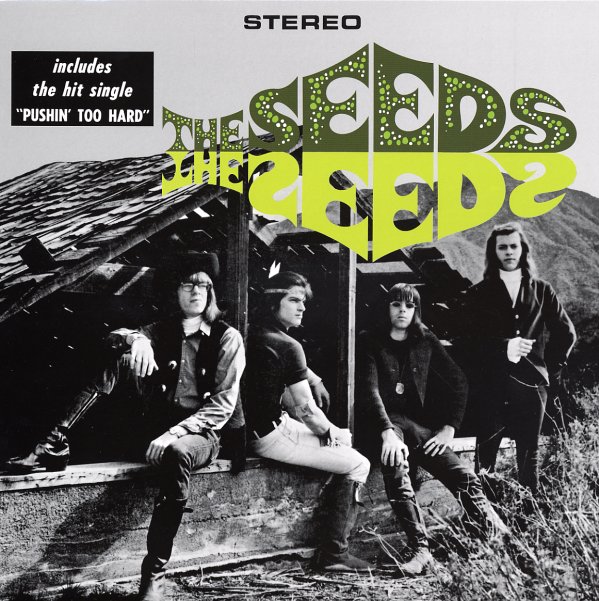 A groundbreaking debut from The Seeds – one of those albums that seemed to come out of nowhere back in the 60s, then went onto have an undeniable influence on music for decades to come! The music is gritty and garagey right from the start – but also has a sinister focus that really sets the group apart from some of their contemporaries – a knowing way of putting the whole thing over that makes the whole thing way more than just a happy accident! Vocals are by leader Sky Saxon, and the set features some classic ripping guitars from Jan Savage – and also has great use of piano and melodica – in a mode that's a bit like some of the more rock-oriented work by Love, but a bit looser and more garagey. Titles include "No Escape", "Try To Understand", "Girl I Want You", "Lose Your Mind", "Evil Hoodoo", and the searing classic "Pushin Too Hard".  © 1996-2022, Dusty Groove, Inc.
(180 gram 2009 reissue.)

Full Spoon Of Seedy Blues
GNP, Late 60s. Near Mint-
LP...$29.99
Wicked work from the great Sky Saxon – an early record that really gets at the sheer raw power of his best work! Despite the title, the album's hardly a straight set of blues – more a blend of hard rock, psychedelia, and rootsy influences – in the manner of some of the earliest ... LP, Vinyl record album

Small Change
Asylum, 1976. Very Good+
LP...$49.99 (CD)
One of the all time great albums from Tom Waits – possibly the pinnacle of his earlier drunken poet style of songcraft – and with some of the most achingly beautiful songs he ever laid down! It features the classics "Tom Traubert's Blues" and "Step Right Up" to kick ... LP, Vinyl record album

Living By The Days
Elektra, 1971. Very Good Gatefold
LP...$7.99
One of the best records ever from Don Nix – a legendary figure whose work on the Memphis scene of the 60s touched countless of rock and soul artists – recording here with a nicely tight sound at Muscle Shoals! Like some of his contemporaries, Nix made the move from Memphis to Muscle ... LP, Vinyl record album