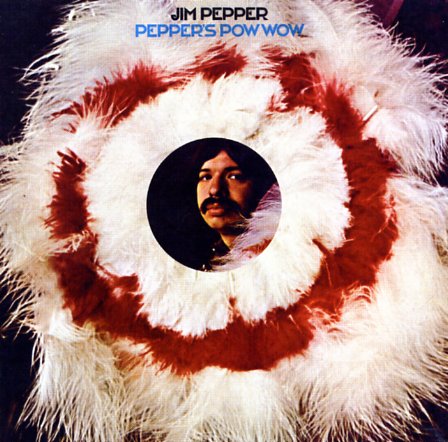 A strangely beautiful little record – the standout career effort from tenorist Jim Pepper – a Native American player who draws heavily here on his heritage! Although Pepper plays sax on most numbers, he also sings a fair bit too – in kind of a raspy style that alternates from slightly soulful to somewhat chanting – all in a uniquely haunting way that's unlike anything else we can think of! There's a definite jazz core to the record – guitar from Larry Coryell, piano from Tom Grant, and drums from Billy Cobham and Spider Rice – but the sound is often far from standard, given the vocals and Native American influences. Titles include the sublime "Witchitai-To" – Pepper's lasting legacy in music – plus "Newlyweds Song", "Nommie Nommie", "Senecas", "Yon A Ho", "Slow War Dance", and "Drums".  © 1996-2022, Dusty Groove, Inc.