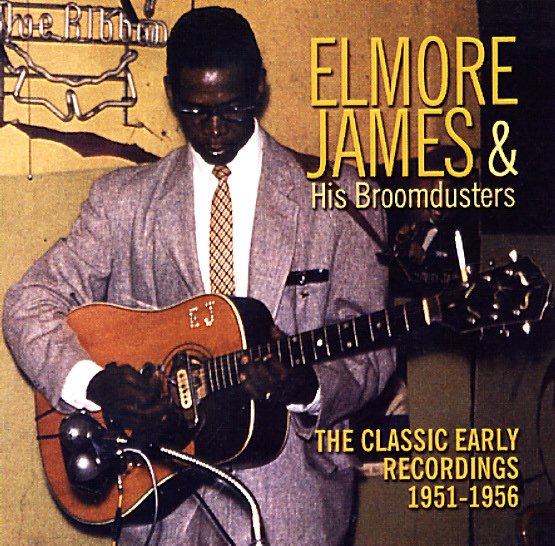 A massive 3CD look at the key early years of Elmore James – a package that's overflowing with great work by one of the greatest blues guitarists of the 50s! The set starts way back at James' roots in Mississippi, with some sweetly rough-edged recordings that still sparkle with incredible lines on electric guitar – then it moves deeper into Elmore's years in Chicago, recording with slightly greater clarity, and a sound that had an undeniable influence on the scene in that city at the time. The set's completed by recordings from Culver City, New Orleans, and Chicago again – presented in both master takes and alternates that offer up some equally compelling guitar solos. The set features 71 tracks in all, plus 40 full pages of notes – and titles that include "Dust My Broom", "Hand In Hand", "One More Drink", "I Believe", "Make My Dreams Come True", "Dark & Dreary", "Strange Kinda Feeling", "Early In The Morning", "Happy Home", "So Mean To Me", "Long Tall Woman", "Elmo's Shuffle", "Sho Nuff I Do", "Please Come Back To Me", "Wehre Can My Baby Be", "I May Be Wrong", "Kicking The Blues Around", and "Sinful Woman".  © 1996-2021, Dusty Groove, Inc.