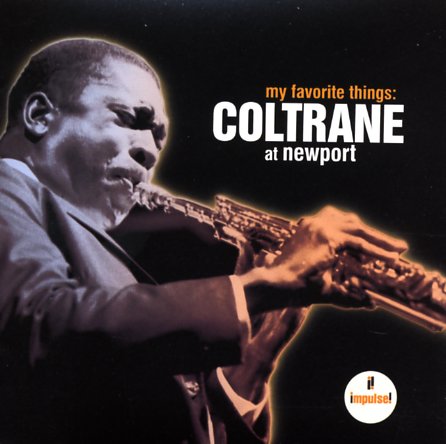 Incredible work from John Coltrane's Newport Jazz Festival sets from 1963 and 1965 – totally amazing work from Trane and his superior quartet of McCoy Tyner on piano, Jimmy Garrison on bass, and Elvin Jones on drums – nearly 1 1/2 hours of essential avant garde! This CD features a trio of pieces from each year, "I Want To Talk About You", "My Favorite Things" and "Impressions" from '63 – plus One Done, One Up and "My Favorite Things" from '65 – with an endearing intro by Father Norman O'Connor for the '65 parts. Includes the extended version of "Impressions" from the '63 appearance – the full 23+ minute version that's never been released until now!  © 1996-2021, Dusty Groove, Inc.