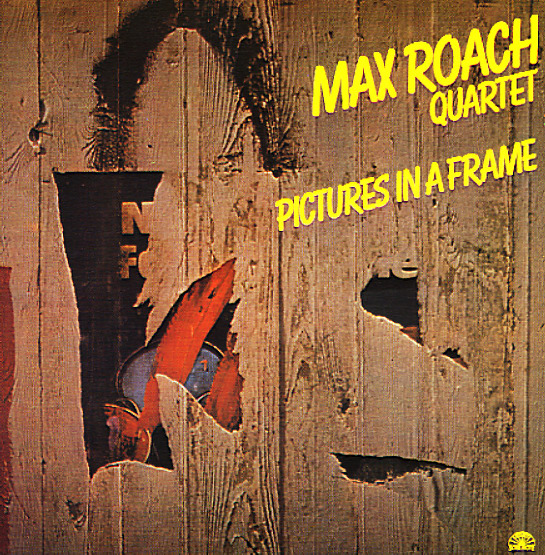 Pictures In A Frame

Soulful Max Roach at the end of the 70s – working in the quartet format that he used to forge some of his best work of the decade, with stalwart Cecil Bridgewater on trumpet, Odeon Pope on saxes (filling in nicely for Billy Harper!), and Calvin Hill on bass – an extremely soulful lineup that really packs a lot of power on the date! Tracks are shorter than some of Roach's earlier outings of the decade – but that also makes them tighter and more focused, in a good way – not extended side-long jams, but some really sharp lines that almost hearken back to his late 60s work on Atlantic! Titles include "Mail Order", "Japanese Dream", "Reflections", "Mwalimu", "China's Waltz", and "Ode From Black Picture Show".  © 1996-2022, Dusty Groove, Inc.
(A nice copy!)

Many Sides Of Max (Trip pressing)
Mercury/Trip, Early 60s. Near Mint-
LP...$11.99
A great record – and one that's a lot more unified than the title might make you think! The set has Max post-Clifford Brown, post-the hardbop group that followed Brown, in his more searching soulful mode, playing with some steller younger talents like Booker Little, George Coleman, Julian ... LP, Vinyl record album

Freedom Now Suite
Candid/Columbia, Early 60s/Late 70s. Near Mint-
LP...$19.99
80s pressing of Max Roach's legendary political suite, an insistent plea for freedom and equality during the civil rights movement. One of the most righteous albums that Max Roach ever cut – and a monumental jazz release from the heart of the Civil Rights era! As you can guess from the ... LP, Vinyl record album

Suffield Gothic
Soul Note (Italy), 1984. Near Mint-
LP...$11.99 16.99
An unlikely pairing, but a great one too – quite an unusual chapter in the career of pianist Ran Blake – but in a way, a great set to unlock the soulful undercurrents that have always been in his music! About half the tracks feature the tenor of Houston Person joining in – ... LP, Vinyl record album