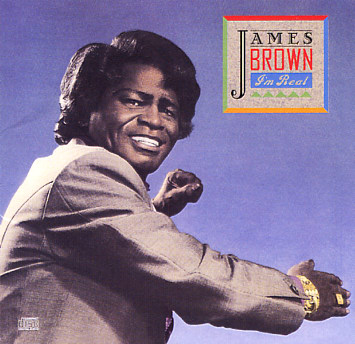 James Brown gets a new injection of life at the end of the 80s – thanks to a collaboration here with Full Force, who wrote, arranged, and produced the album! The groove here is often more in a Full Force mode than you might expect from James – a full-on 80s urban sound, filled with plenty of beats at the bottom, yet still allowing The Godfather plenty of space to do his thing vocally! In a way, the format's almost a bit like some of the James Brown remix work that was showing up around the same time – except that the tunes are all new, and somewhat different territory for James. Titles include "I'm Real", "Static (parts 1 & 2)", "You & Me", "Time To Get Busy", "She Looks All Types A Good", "Keep Keepin", and "Can't Git Enuf".  © 1996-2021, Dusty Groove, Inc.
(Cover has light wear. Vinyl has a short click on one track.)