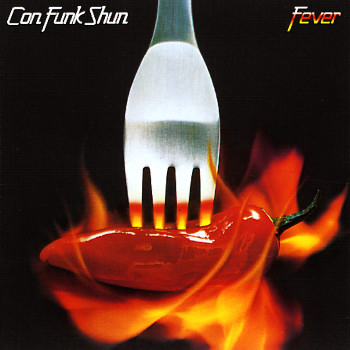 One of the sweetest-grooving albums ever from Con Funk Shun – proof that the group was almost better when they tightened things up a bit! The set was produced by Deodato at the height of his hit-making soul powers – and it's got a sharpness that really helps bring the Con Funk Shun groove into focus – a style that's not nearly as commercial as Deodato's work with Kool & The Gang, but which shares a similar blend of jazz and modern soul elements! Most tracks groove nicely, even some of the mellower ones – and Deodato's got a perfect balance in the sound of the set – keyboards, beats, and bass all in the right places, with plenty of soulful vocals flowing warmly over the top. Titles include "Don't Let Your Love Grow Cold", "Hard Lovin", "If I'm Your Lover", "Can You Feel The Groove Tonight", "Indiscreet Sweet", and "Baby I'm Hooked".  © 1996-2022, Dusty Groove, Inc.