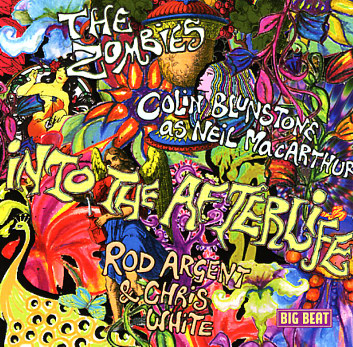 A true treasure trove for any fan of the Zombies, Rod Argent, or Colin Blunstone – magical material recorded in the immediate post-Zombies years – offered up here with a few rare late Zombies tracks as well! The genius of Odessey & Oracle still hangs heavy here on most of the tracks – as does the earliest solo work of Colin Blunstone – an airy mix of pop harmonies, spacey instrumentation, and baroquely psychedelic touches – all strung together lightly, but slowly pulling in the different directions the members were taking after the breakup of the original group. Perhaps the greatest bits here are Colin Blunstone tracks recorded under the name of Neil MacArthur for Decca – titles that predate his brilliant Year One album, but which have a very similar feel. Neil MacArthur tracks include "Hung Upside Down", "Without Her", "Twelve Twenty Nine", "World Of Glass", "Never My Love", "It's Not Easy", "Don't Try To Explain", and "She's Not There". Also great are some Rod Argent & Chris White tracks – again pre-Argent material, but with a strong Zombies link in their sound – on tracks that include "It Never Fails To Please Me", "I Could Spend The Day", "She Loves The Way They Love Her", "Telescope", "To Julia", and "Unhappy Girl". CD also features some great "orchestral mix" titles by The Zombies – "If It Don't Work Out" and "Walking In The Sun" – both of which sound beautiful with added strings!  © 1996-2022, Dusty Groove, Inc.