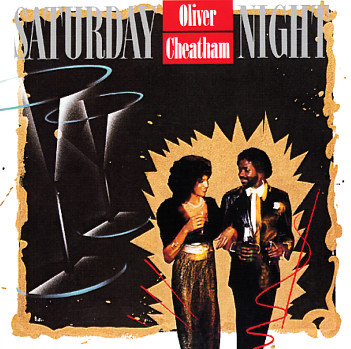 A stone club classic from the early 80s – one of the best mainstream groovers of the post-disco years! Cheatham's a percussionist by trade, but really comes off with something extra here – a smoothly soulful groove that's sublime from start to finish – no filler, no cliches, just the best sort of rhythms the early 80s scene had to offer! Rhythms are a mix of electric and acoustic beats – blended together with a keenly jazzy sensibility, and topped with sweet keyboards that dance wonderfully alongside Oliver's vocals. Titles include the stellar "Get Down Saturday Night", plus "Something About You", "Through It All", "Just To Be With You", "Do Me Right", "Bless the Ladies", and "Make Your Mind Up". CD features the bonus track "Get Down Saturday Night (special extended version)".  © 1996-2022, Dusty Groove, Inc.