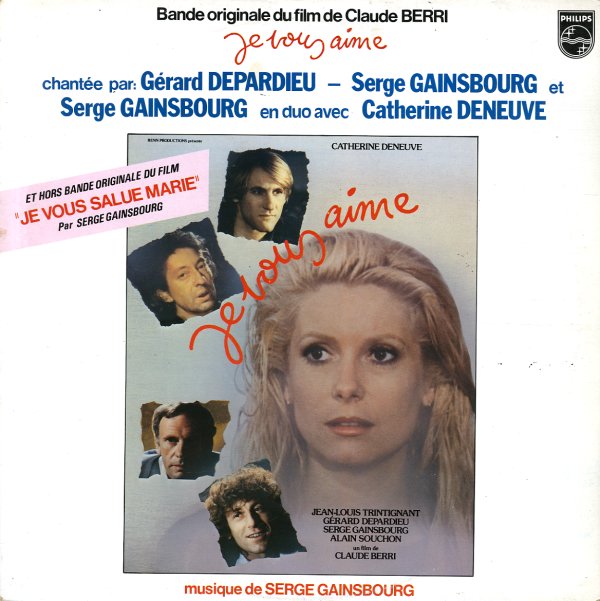 A strange late soundtrack for this film that starred Serge, Catherine Deneuve, and Gerard Depardieu! The score features the main theme "La Fautive" – in both a vocal version by Serge, plus two instrumental readings that have a mellower tone. Other tracks include the duet with Deneuve on "Dieu Fumeur De Havanes", also done later as an instrumental – plus 2 vocal numbers, "Papa Nono" and "La P'Tite Agathe", written by Serge, but sung by Depardieu with the band Bijou!  © 1996-2021, Dusty Groove, Inc.
(Cover has a light stain on one corner.)

Harder They Come
Island, 1972. Very Good Gatefold
LP...$29.99 (CD...$26.99)
A record that's not only a landmark in Jamaican music – but also a set that was to reggae what Curtis Mayfield's Superfly was to 70s soul! In other words, the set not only raised the bar for all the competition, it also ended up in a lot more record collections than most of them too – ... LP, Vinyl record album