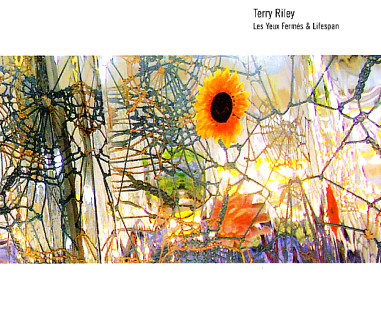 Two rare soundtracks by Terry Riley – unsung examples of his musical genius during one of the the most fruitful periods in his career! Les Yeux Fermes features two very long tracks – each over 18 minutes long, and spun out with a spare, minimal groove that's very much in Riley's Rainbow In Curved Air mode. "Journey From The Death Of A Friend" is especially nice – with extended electric piano parts that flow, dip, and turn wonderfully. And "Happy Ending" builds a bit more slowly – with droning reed parts that almost have an Eastern feel, and remind us at times of something we might hear on Impulse Records! The score for Lifespan features shorter songs throughout – still often quite minimal, with instrumentation that includes organ, tabla, and a bit of electronics – played in a wonderfully spare mode, but always with an inherently rhythmic groove that stretches out in these beautiful patterns in sound. Titles include "G Song", "The Oldtimer", "Delay", "In The Summer", "Slow Melody In Bhairavi", and "Music Inside Curved Entrances".  © 1996-2021, Dusty Groove, Inc.