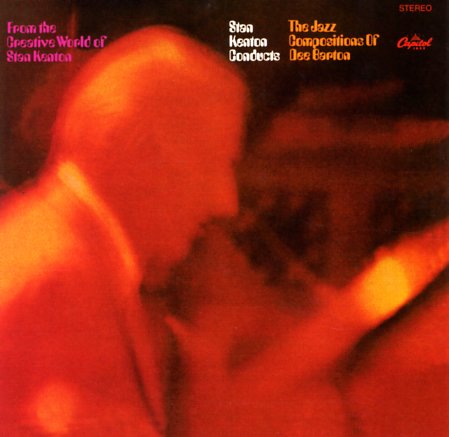 One of the hippest Stan Kenton albums of the 60s – a set of original compositions by Dee Barton – Stan's drummer at the time, and a composer to rival the great ones who contributed to the Kenton group of the 40s and 50s! Barton's work here is totally great – modern, but never too academically so – that perfect balance of swinging and thinking that marks some of the best Kenton albums over the years. All numbers are awash in those great Kenton tones and colors we love so much – and the group here features Mike Price on trumpet, Dick Shearer on trombone, Ray Reed on alto & flute, Mike Altschul on tenor, and Don Bagley on bass – as well as Kenton on piano and Barton on drums. Titles include "Man", "Lonely Boy", "Singing Oyster", "Dilemma", "Three Thoughts", "A New Day", and "Woman".  © 1996-2021, Dusty Groove, Inc.
(Cover has a FREE punch-out.)