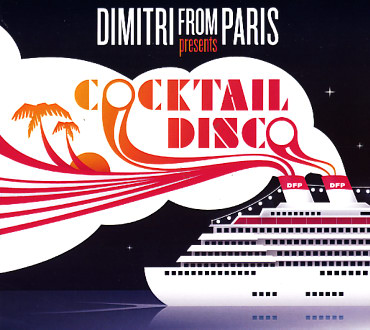 A whole new genre of disco – served up by one of the biggest club collectors in the world! Dimitri's the man who's guided us through so many other great sets of rare disco tracks over the years – and this time around, he's launching new look at the form! Cocktail Disco is a unique variation that's often heavy on orchestrations, and which sometimes has echoes of older jazz, vocal, or Latin recordings – classic influences that simmer nicely through the mix – and help deepen the sound of the already-soulful late 70s style! And although "cocktail" normally means laidback or sleepy, these tunes definitely aren't – because all tracks here are in a soaring midtempo mode or better – cuts you'd be happy to play with some of the funkier numbers on the dancefloor, and which should stand out nicely, given their unique twist. 2CD set features 21 titles that include "Summertime" by Blue Velvets, "What You Need Is My Love" by Cindy Rodriguez, "It's Got To Be Love" by Darcus, "Ocean's Apart" by Vast Majority, "Show You The Way To Go" by Charlie's Roots, "Again" by Night People, "Lady Of The Night" by Ray Martinez, "Disco Village" by J Elliot Group, "Something About You" by Moses, "Baby I Just Wanna Love You" by Jonell Allen", "Canteen" by Serenade, "Starflight" by The Band Who Fell To Earth, "Take Me With You" by Ralfi Pagan, "Never Too Late" by Ms Victoria Barnes, and "Girl From Ipanema (disco version)" by Astrud Gilberto.  © 1996-2022, Dusty Groove, Inc.