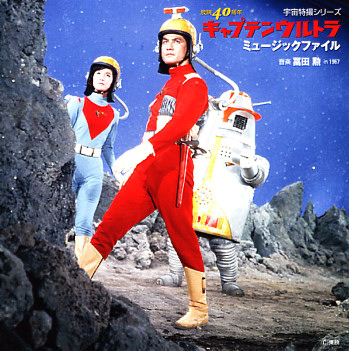 Very early work by Isao Tomita – some unusual space-age soundtracks, done in the years before his greater electronic fame! The music here is everything you'd expect from the cover – a great retro-future sort of style, and one that uses conventional soundtrack instrumentation, but with lots of odd twists and turns, weird effects, and more – all to create a cool space-driven batch of tracks! At times, the music is almost like that of Peter Thomas in his 60s space age mode – but at other points, things are moodier too – quite dark, with electronics bubbling under acoustic instrumentation in a very spooky way. The 2CD set features a whopping 90 tracks in all – all with Japanese titles – a heck of a deal at this price!  © 1996-2021, Dusty Groove, Inc.