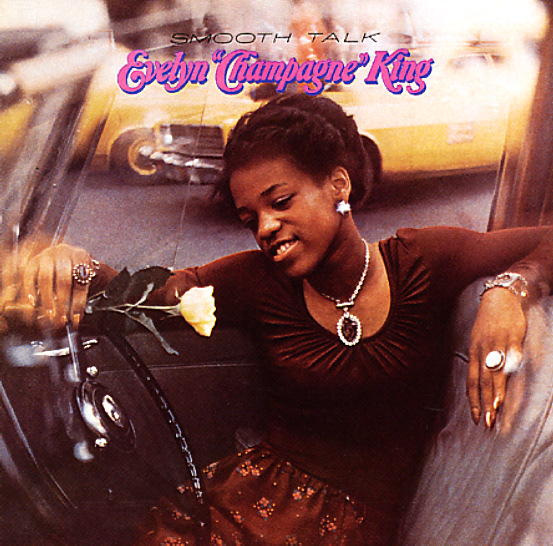 Wonderfully smooth soul from Evelyn Champagne King – one of her real standouts from the early days, and a tremendous collaboration with producer/arranger T Life! The sound here is upbeat and catchy, but never too poppy – done with a slight hint of that groove that King would hit more famously in the 80s, but served up here with a deeper sense of warmth, and a slightly more laidback feel. King is classy without being cloying – just like a sip of the right sort of champagne – and T Life's backings often have a slight undercurrent of funk. Titles include the club classic "Shame" – plus "Smooth Talk", "Til I Come Off The Road", "Dancin, Dancin, Dancin", "Nobody Knows", "We're Going To A Party", and "The Show Is Over".  © 1996-2022, Dusty Groove, Inc.
(Cover has light wear and aging.)