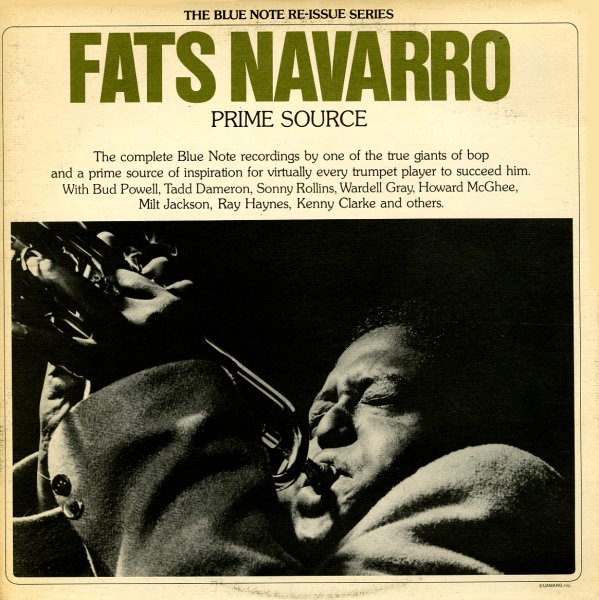 A great collection of work by Fats Navarro – his complete Blue Note recordings, and a masterful collection of trumpet-based bop! There's are a total of 26 songs on this 2 LP set and several groups that Navarro played with are represented – The Tadd Dameron Sextet & Septet, The McGhee/Navarro Boptet and Bud Powell's Modernists. Other members of these groups included Charlie Rouse, Wardell Gray, Kenny Clarke, Milt Jackson and many more. Titles include "Our Delight", "The Chase", "Dameronia", "Lady Bird", "Double Talk", "The Skunk", "Dance Of The Infidels", and "Wail".  © 1996-2021, Dusty Groove, Inc.
(Cover has light wear.)

Easy Walker
Blue Note, 1966. Very Good-
LP...$39.99
An album of subtle genius and stellar soul from the great Stanley Turrentine – an over looked quartet date that plays with the sharper edge of some of his earlier work for Blue Note, but which also shows the growing sense of color and tone he'd picked up during the 60s! The group here is ... LP, Vinyl record album

One Night With Blue Note Preserved Vol 3
Blue Note, 1985. Near Mint-
LP...$11.99
A landmark concert from the mid 80s – one held to honor the resurrection of the Blue Note label, featuring a wealth of some of the best players for the label – from the 80s back to the 50s bebop years. This is the third of 4 LPs, issued both separately and in a box set format. This ... LP, Vinyl record album

Consummation
Blue Note, 1970. Near Mint- Gatefold
LP...$14.99
One of the greatest records ever cut by the Thad Jones/Mel Lewis Orchestra – way way more than a big band jazz session, and a fantastically hip batch of grooves that encompasses a wealth of styles! The Jones/Lewis group could sometimes sound a bit clunky and overhashed – but on this ... LP, Vinyl record album

Finger Paintings
Blue Note, 1977. Very Good
LP...$4.99
A real breakout album for Earl Klugh – the kind of record that got him on the a-list of fusion players for the rest of the 70s! The title here is especially well-chosen – as the tunes have a gently colorful feel that's never too slick, despite the tighter setting of the album – ... LP, Vinyl record album