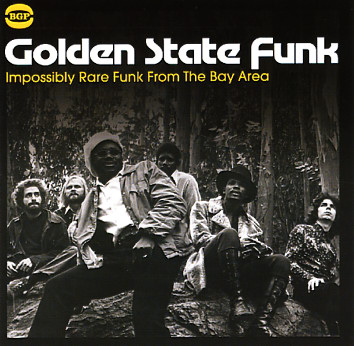 They're not lying about the "impossibly rare" part of the title here – because most of the work on this set is previously unreleased – funky Bay Area gems recorded in the late 60s and early 70s, finally seeing the light of day on this collection! The music represents a much deeper current of soul than you might know from Sly & The Family Stone or some of the bigger bay area groups of the period – a really righteous batch of tracks that freak out nicely with a heady, jamming groove – one that's often heavy on the basslines and drums, but which also has a celebratory, party-hearty quality in the vocals and other instrumentation. A few artists here are familiar, but most are relatively obscure – and the biggest portion of this music has languished for years in the vaults of the Golden State Recorders studios of producer Leo Kulka. CD features 20 tracks in all – including "Super Chicken" by Ramona King, "Rock Steady" by Ruby Delicious, "Devil's Got Your Mind" by San Francisco TKOs, "Hearing Things" by Snooky & The Cosmic Flowers, "I've Gotta Groove" by Julio Zavalla, "Love Machine" by Alonzo Smith, "Poor Sad Child (parts 1 & 2)" by The Windjammers, "Are You Together For The New Day" by The Love Experience, "Can't Get Enough" by 87th Off Broadway, "House Party" by Wally Cox & The Natives, "I'm Glad I Got Over You" by Jeanette Jones, "Sweet Talk" by Marvin Holmes & The Uptights, and "Vida Blue (part 1)" by Jimmy Bee.  © 1996-2023, Dusty Groove, Inc.