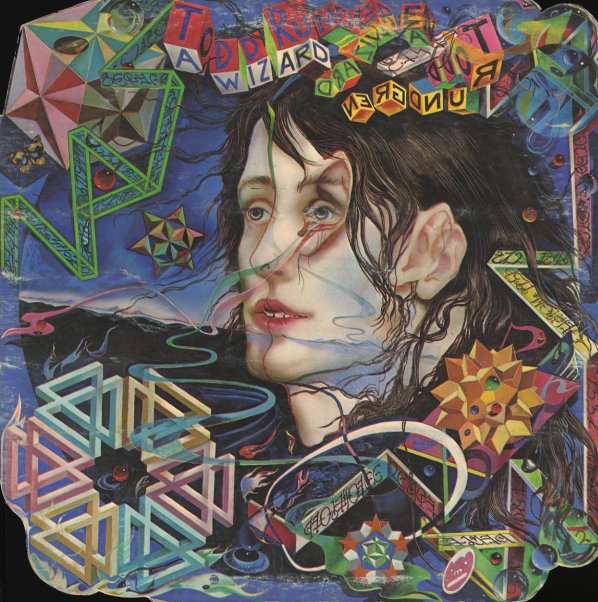 One of the first really tripped-out albums from Todd Rundgren – a record that makes us think he must have been getting a lot into his head since the time in the studio for Something/Anything! While not a concept album, the record does have a clearly stated "quest for knowledge and quest for love" that kind of colors most of the set – a higher concept that's reached for in the album's array of shorter playful tunes, and ever-changing styles of music. As always, we're still most partial to the gentler, more personal numbers on the set – and these stand out as little oasis between numbers that have a more sonically experimental nature. Titles include a few weird little instrumentals with moogy bits – like "Flamingo" and "Tic Tic Tic It Wears Off" – plus vocal numbers that include "Sometimes I Don't Know What To Feel", "You Don't Have To Camp Around", "Never Never Land", "International Feel", "Just Another Onionhead", "Does Anybody Love You", "Hungry For Love", and "Is It My Name".  © 1996-2022, Dusty Groove, Inc.
(In the standard gatefold cover.)