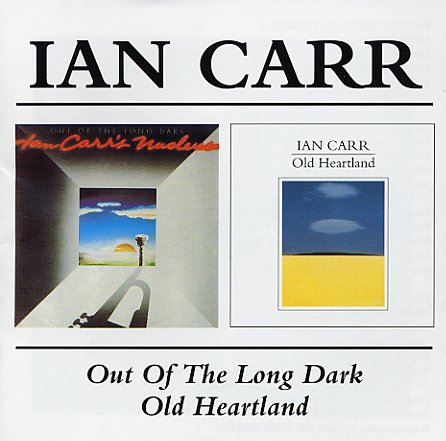 Out Of The Long Dark/Old Heartland

A later album by Brit jazz rock maestro Ian Carr – recorded at the tail end of his work with the group Nucleus – and it's still very much in the style of that ensemble's heavy-jamming and slightly funky approach from their earlier days on the Vertigo label! Though there's definitely an element of British progressive jazz rock going on throughout, the band never loses it's soulful vibe, and there's a good bit of restraint being exercised to keep tunes in a tightly rhythmic mode. Geoff Castle plays Fender Rhodes and synth on the set – and the record's also got nice work from Brian Smith on tenor, flute, and soprano sax. Titles include "Solar Wind", "Out Of The Long Dark", "Simply This" & "Black Ballad". Old Heartland is a bit mellower, but still quite nice, with a more complicated suite entitled "Northumbrian Sketches" that takes up about half the album – and other tracks include "Things Past", "Full Fathom Five", and "Old Heartland".  © 1996-2021, Dusty Groove, Inc.