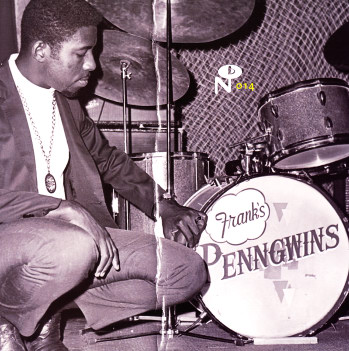 Heavy funk from the Bahamas – a whole bunch of groups that will show you that Nassau had a lot more to offer than The Beginning Of The End! The groove here is totally wonderful – somewhat like American funk of the late 60s and early 70s, but served up with some very unusual rhythmic patterns too – a bit Jamaican at times, but certainly not reggae – and somewhat sunny and Caribbean styled, but not in a way that's cheesy or filled with any hokey island-styled stereotypes. Instead, the tunes are deeply funk and soulful – grooving with plenty of dark edges and gritty instrumentation that's often heavy on the guitar. Many numbers have vocals, and those are great too – and as usual with the Numero label, the whole thing's put together with amazing notes and packaging, so that you get a full history lesson and a heck of a lot of photos to support the music too! Titles include "Gonna Build A Nation" by Cyril Ferguson, "Mustang Sally", "I Am The Man For You Baby", and "Funky Fever" by Jay Mitchell, "Theme From Shaft" by Esquires LTD, "Gimme Some Skin (inst)" by Frank Penn, "Words To My Song" by Dry Bread, "People Won't Change" by Willpower, "Take Five" by Ozzie Hall, "Watcha Gonna Do Bout It" and "The Time For Loving Is Now" by Mustangs, "Honesty Is The Best Policy" by Gospel Chandeliers, and "Don't Touch That Thing" by Sylvia Hall. 2LP set also features a bonus instrumental version of "Don't Touch That Thing" by Sylvia Hall!  © 1996-2021, Dusty Groove, Inc.