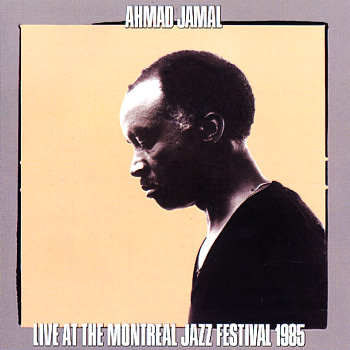 A stretched out performance from Ahmad Jamal – recorded with stunning acoustic brilliance at the Montreal Jazz Festival in 1985, in a performance that alternates between long solo lines on the piano, and bolder passages with bass, drums, and percussion! There's a strength here that's easily overlooked – especially given that Jamal cut so much great work in earlier years – but even in the 80s, his talents were still flowing strongly, and Ahmad was often hitting the keys with a bolder hand than ever before – an approach that increased the rhythmic intensity and personal vision of his music. Titles include "Yellow Fellow", "Acorn", "Crossroads", "Rossiter Road", "Ebony", and "Footprints".  © 1996-2021, Dusty Groove, Inc.
(Cover has light wear.)