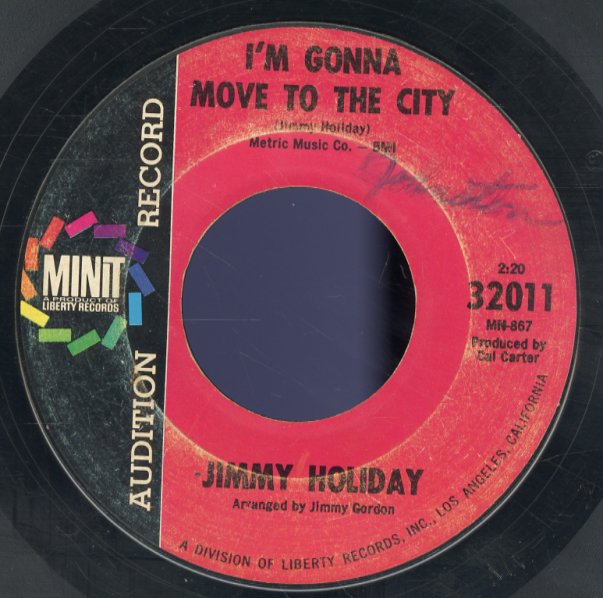 (Red and black label promo pressing. Vinyl plays with some crackles. Label has some wear and a name in marker.)