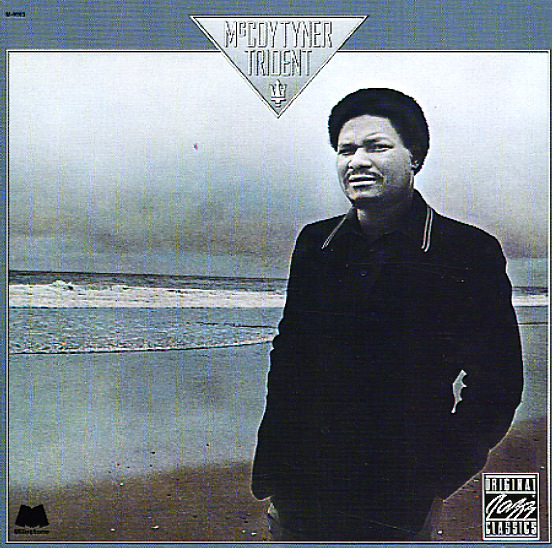 A nice 70s trio side with Tyner's lyrical, spiraling piano lines nicely underpinned by Elvin Jones' polyrhythms and Ron Carter's supple bass. Three Tyner originals: "Celestial Chant", "Elvin (Sir) Jones" and "Land Of The Lonely", plus Trane's "Impressions", Monk's "Ruby, My Dear" and Jobim's "Once I Loved".  © 1996-2021, Dusty Groove, Inc.
(Japanese 70s pressing, with insert – SMJ 6113. One corner has some very light aging – but this is a great copy overall!)