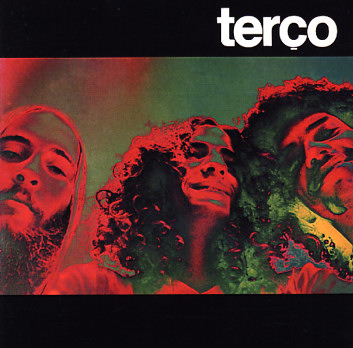 The second album from O Terco – the guitar-heavy power trio who were one of the hardest things going in Brazil during the early 70s! The album's got a style that's somewhat progressive, but which also still holds onto plenty of late 60s psychedelic elements – qualities both sweet and dark, often compressed into the arrangements with an approach that's a bit like some of the more underground South American rock of the time. Side one of the album features 5 shorter tracks – "Deus", "Voce Al", "Estrada Vazia", "Lagoa Das Lontras", and "Rock Do Elvis" – and the second side features the 19 minute suite"Amanheger Total" – a soaring, building number with lots of changes throughout! CD features 2 bonus tracks – "Tributo Ao Sorriso" and "Adormeceu".  © 1996-2021, Dusty Groove, Inc.