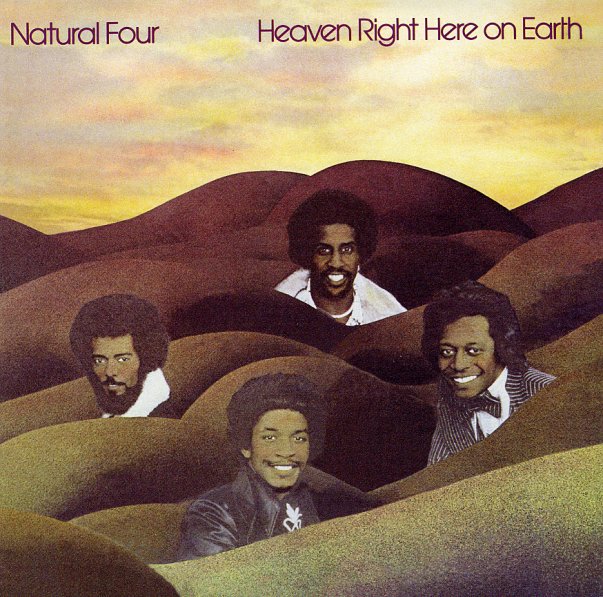 Heavenly soul – and the second album by this fantastic Chicago soul harmony group! The record has stellar production by Leroy Hutson and Rich Tufo, and Hutson wrote a lot of the tracks. One of the best records ever to come out of the Curtom studios, and (dare we say it!) even better than the group's first one. In a market that was dominated by east coast falsetto groups, the Natural Four emerged with kind of a super-dope style that was part Curtom righteousness, part Brunswick vocal harmony, and righteous 70s soul songwriting. And as proof of this style, the album's got loads of great tracks like "While You're Away", "Count on Me", "Heaven Right Here On Earth", and "Love's So Wonderful".  © 1996-2021, Dusty Groove, Inc.
(Original promo pressing. Vinyl has some groove damage on "What's Happening Here" and plays with noise for about 20 seconds. Cover has some ring & edge wear, a promo sticker, and index label at the top left corner.)