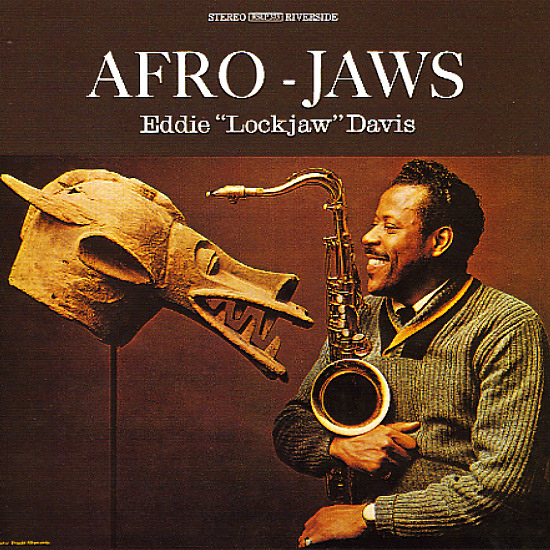 A soul jazz Latin classic – one that matches the searing tenor work of Eddie Lockjaw Davis with the hard-hitting conga of a young Ray Barretto! The core group of the set is a soul jazz one – with Lockjaw blowing over rhythm by Lloyd Mayers on piano, Larry Gales on bass, and Ben Riley on drums – plus a small added trumpet section on a few tracks. Ray comes into the mix with some really tight percussion on the bottom, aided by a few other players at times – kicking up the tunes and giving them a lot of fire – something that Davis seems to really respond to in his horn. Thanks should also be given to arranger Gil Lopez, who put together the overall sound of the set – and the album's a hard groover all the way through, filled with Latin jammers like "Wild Rice", "Jazz-a-Samba", "Guanco Lament", "Afro Jaws", and "Tin Tin Deo".  © 1996-2022, Dusty Groove, Inc.
(OJC pressing.)

Panorama
Riverside, 1960s. Very Good+
LP...$8.99
A compilation of Wes' sides for the Riverside label, pulled together when the imprint was briefly owned by ABC at the end of the 60s. The set is a hodge podge of cuts from quite a few previous albums, and includes live material, sessions where Montgomery was a sideman, orchestral backings, a ... LP, Vinyl record album

Get Happy With The Randy Weston Trio
Riverside, 1955. Very Good-
LP...$29.99
An early full length album by Randy Weston – one that mostly features tunes by other composers, all given a slightly modern twist at the piano! The style here isn't as arch-modern or African-inspired as some of Weston's other 50s work – but it's still plenty darn great, and very much ... LP, Vinyl record album

Thelonious Monk Orchestra At Town Hall
Riverside, 1959. Very Good
LP...$34.99
A unique large group effort from Thelonious Monk – but one that bristles with all the angular energy of his other great work for Riverside! The group here is a tentet – filled with excellent players who include Donald Byrd, Phil Woods, Pepper Adams, Eddie Bert, Robert Northern, and ... LP, Vinyl record album