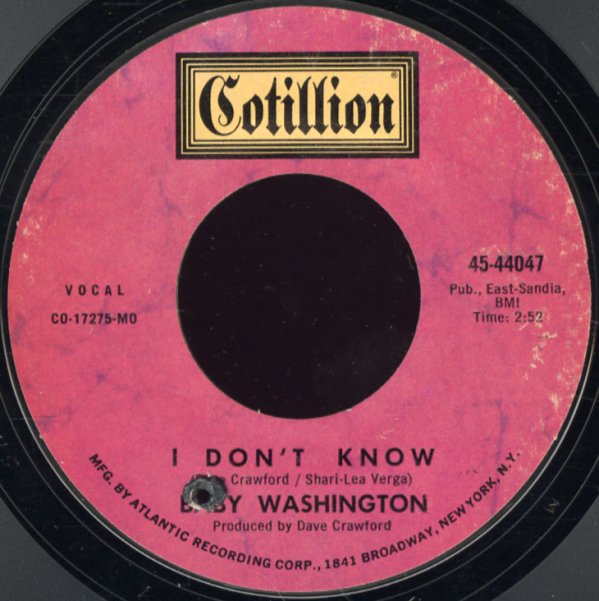 I Don't Know/I Can't Afford To Lose Him