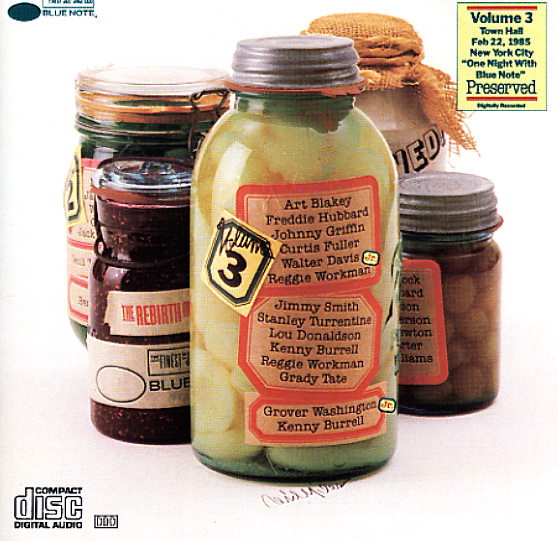 A landmark concert from the mid 80s – one held to honor the resurrection of the Blue Note label, featuring a wealth of some of the best players for the label – from the 80s back to the 50s bebop years. This is the third of 4 LPs, issued both separately and in a box set format. This volume features an all-star line-up with Art Blakey, Freddie Hubbard, Johnny Griffin, Curtis Fuller, Walter Davis Jr., Jimmy Smith, Stanley Turrentine, Lou Donaldson, Kenny Burrell, Reggie Workman, Grady Tate, and Grover Washington Jr. Tracks include "Moanin'", "A Child Is Born", "The Jumpin' Blues", "Summertime", "I'm Glad There Is You", and "Medley: Blues Walk/Getting' Sentimental Over You".  © 1996-2022, Dusty Groove, Inc.

Mister Magic
Kudu, 1974. Very Good+
LP...$11.99 (CD...$6.99)
Pure dark magic from Grover Washington – a record that was a megahit back in the 70s, but which still sounds amazing many decades later! There's a sound here that's completely sublime – and the album is to Grover's career what the first 2 CTI sets by Bob James were to his – a ... LP, Vinyl record album