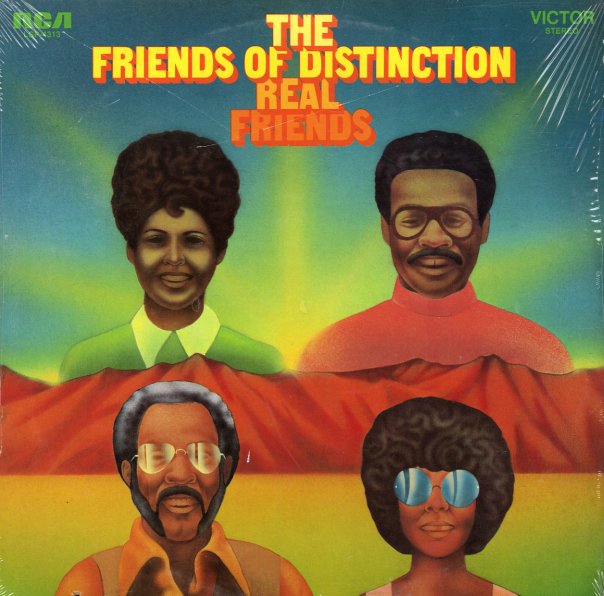 A stone early winner from The Friends Of Distinction – featuring a great set of pop soul tunes that really let the group shine in the harmony department! Vocal arrangements are by Jerry Peters – who really pushes the structure of the vocals, taking the singing to a level only hinted at on the group's previous album, combining 60s pop harmony with uptown soul production, given a bit of a smooth 70s touch. Titles include the hit "Love Or Let Me Be Lonely", plus "Any Way You Want Me", "Crazy Mary", "Long Time Comin My Way", "Just a Little Lovin", "It Don't Matter to Me", and "My Mind Is A Camera".  © 1996-2022, Dusty Groove, Inc.
(Still sealed, with a cutout notch and hype sticker under the shrink.)

Highly Distinct
RCA, 1969. Very Good+
LP...$11.99
Beautiful baroque soul from LA – and the kind of record you might pass up, but don't! The Friends of Distinction were always best known for their big hit version of "Grazing In the Grass" (not on this LP), but they were a pretty progressive soul group, and they spent a lot of time ... LP, Vinyl record album