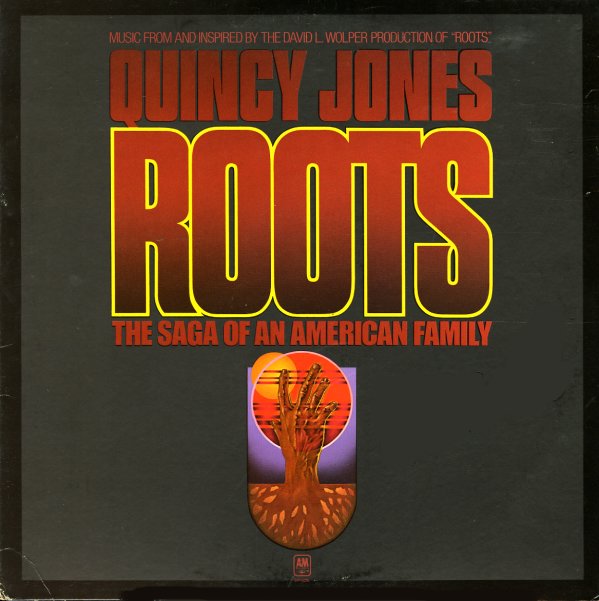 Quincy Jones may be best remembered for his funky soundtrack work of the 70s – but the man can also hit a deeper, more serious vein when he wants – as he does on this ambitious album-length project inspired by the landmark Roots mini-series! The music isn't a straight soundtrack from the program, but instead evokes the longer narrative over the passage of its different selections – working as its own "saga of an American family", as it moves from African roots, through years of oppression, to moments of pride and power – amidst larger orchestrations from Jones, with help from Letta Mbulu on some key vocals, and more help from Bill Summers, James Cleveland, and even Lou Gossett. Titles include "Many Rains", "Free At Last", "Jumpin De Broom", "Ole Fiddler", "Boyhood To Manhood", "Oluwa", and "Motherland".  © 1996-2022, Dusty Groove, Inc.
(Includes the printed inner sleeve and insert. Cover has a cut corner. Labels have a name in pen.)