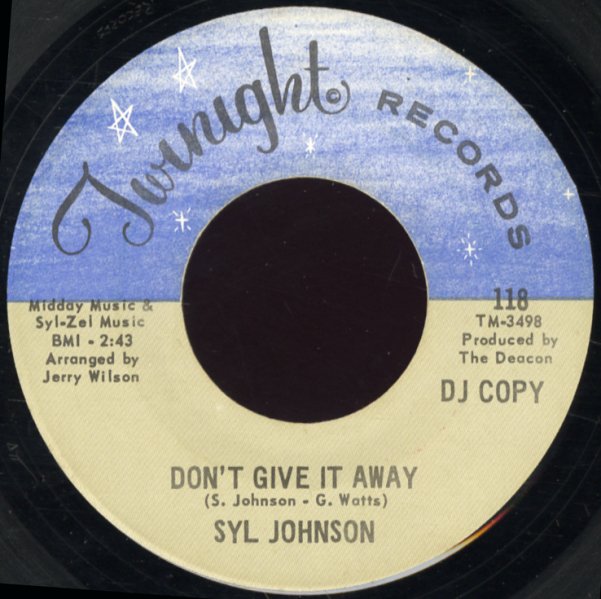 Don't Give It Away/Going To The Shack

A fantastic funky number from Syl! "Don't Give It Away" has a verse that makes it sound like an answer to "It's Your Thing" – with vamping guitars and horns that would make the Isley Brothers proud, and which would also leave them wishing they could sing as great as Syl! "Going To The Shack" is a driving hard soul number – not as great, but still pretty tasty!  © 1996-2021, Dusty Groove, Inc.
(Promo.)

Is It Because I'm Black/Let Them Hang High
Twinight, Late 60s. Good
7-inch...$4.99
Beautiful original single of Syl's classic track about racial disenfranchisement. The track's filled with deep deep Chicago soul, and it's a stunning set of haunting guitar-based arrangements that are beyond compare! The flip's a nice original, also written by Syl. 7-inch, Vinyl record