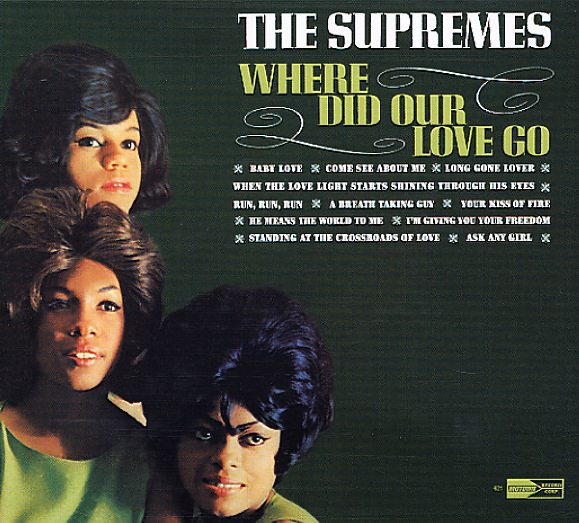 Where Did Our Love Go

About as classic as you can get for the early Supremes – a set that has the group really hitting hard on all levels, thanks to production from the team of Holland-Dozier-Holland, plus a bit of help from Smokey Robinson – all of whom really help push the Supremes out of simple girl group soul – into the realm of Motown genius they would nearly rule for years to come! Tunes are by HDH, Norman Whitfield, and Smokey – top-shelf songwriting that further enforces the strength of the set – with that mix of poise and class, yet soul and feeling that always graced the group at their best. Titles include the sublime "When The Love Light Starts Shining Through His Eyes", plus the classics "Where Did Our Love Go" and "Baby Love", and the tracks "Come See About Me", "I'm Giving You Your Freedom", "Your Kiss Of Fire", "Ask Any Girl", and "A Breath Taking Guy".  © 1996-2021, Dusty Groove, Inc.
(Mono pressing. Cover has some wear and aging.)