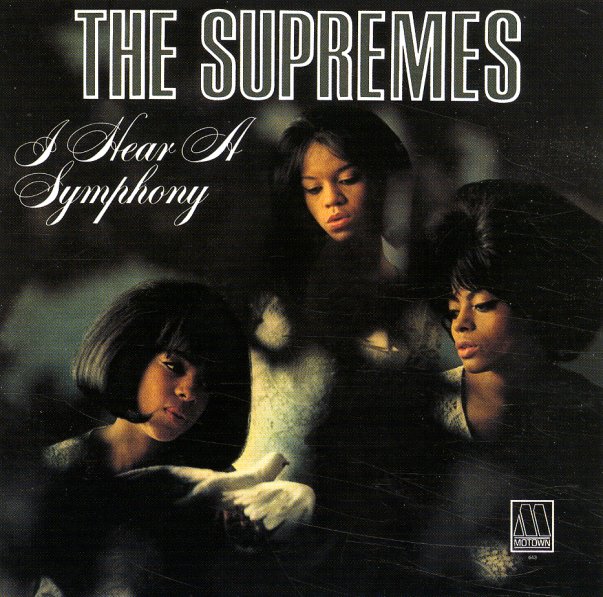 Symphonic soul from The Supremes – a set that still has the trio working with the legendary Holland-Dozier-Holland team, but with a full set of orchestral backings that help them hit even more class and sophistication than before! The ballads have these really lush arrangements – never too pop, but swelling with strings that lift up the young voice of Diana Ross in a really regal way – with a style that helps transform familiar numbers from other singers, and really make them some proud musical statements of her own. These arrangements hang on through most of the record, but are often augmented by these cool vibes that bring in a slight jazzy undercurrent – and titles include the classic "I Hear A Symphony" – plus "Stranger In Paradise", "Unchained Melody", "Without A Song", "A Lover's Concerto", "My World Is Empty Without You", and "He's All I Got".  © 1996-2023, Dusty Groove, Inc.
(Stereo pressing with deep groove. Cover has some aging.)