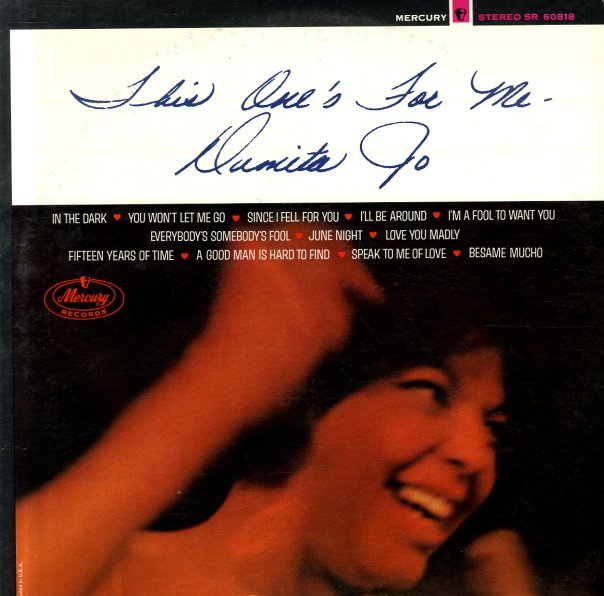 This One's For Me

This record was arranged by Billy Byers and Al Cohn and the orchestra was conducted by Byers and Quincy Jones. This is a collection of songs that were apparently some of Jo's personal favorites and she "[wanted to sing them] only because I love them" as declared in the liner notes. The tracks include "A Good Man Is Hard To Find", "Since I Fell For You", "In The Dark", "I'm A Fool To Want You", "Speak To Me Of Love", and "Besame Mucho".  © 1996-2021, Dusty Groove, Inc.
(Stereo Wing pressing, WC 16333. Shrinkwrap is lightly shopworn, with sticker remnants on front.)