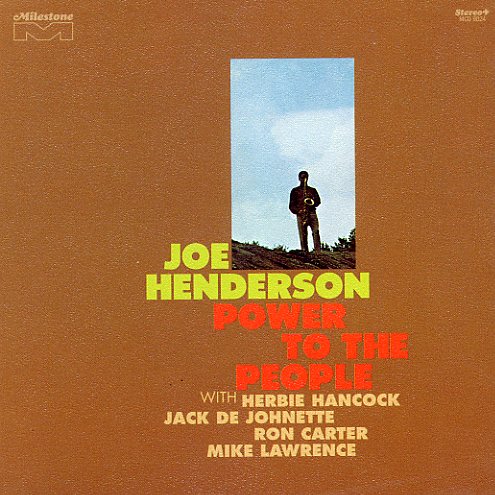 Power To The People (Keepnews collection)

One of Joe Henderson's greatest albums ever – a real treasure from his electric years at Milestone Records, and a set that showed he really had a lot more to offer for the scene of the 70s! The sound here is quite different than Joe's earlier work for Blue Note – a style that's sometimes soaring, sometimes mellow – but always moving forward with a tremendously fluid approach to the tenor sax. Joe's sense of phrasing and timing is impeccable – quite subtle at times, with these dark notes that hang beautifully in air on the ballads – and some sharper-edged qualities that really burst out strongly on the more upbeat tunes. The group's a great one too – and features Herbie Hancock on both acoustic and electric piano, Ron Carter on bass, and Jack DeJohnette on drums – plus additional trumpet by Mike Lawrence on 2 tracks. Titles include "Black Narcissus", "Isotope", "Afro-Centric", "Forsight & Afterthought", and "Power to The People".  © 1996-2021, Dusty Groove, Inc.