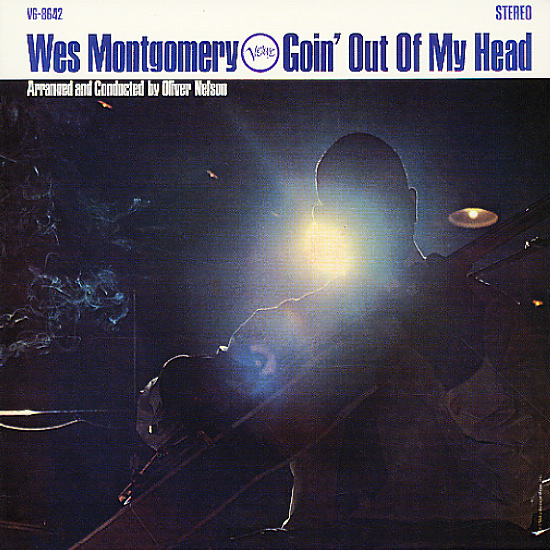 One of Wes Montgomery's grooviest albums on Verve – a set that features his smooth chromatic work on guitar set to lively arrangements from Oliver Nelson! Nelson gives the set more of a "punch" than some of Montgomery's other Verve records – and the style uses a tight brace of brass and woodwinds as the backdrop for Montgomery's moody solo work. The tracks have a nice edgey quality, but also maintain a smooth stepping quality as well – and Wes' tone, as always, is sublime! Titles include "Golden Earrings", "Twisted Blues", "O Morro", "Boss City", and "Naptown Blues".  © 1996-2022, Dusty Groove, Inc.
(MGM stereo pressing. Cover has light wear.)

Panorama
Riverside, 1960s. Very Good+
LP...$8.99
A compilation of Wes' sides for the Riverside label, pulled together when the imprint was briefly owned by ABC at the end of the 60s. The set is a hodge podge of cuts from quite a few previous albums, and includes live material, sessions where Montgomery was a sideman, orchestral backings, a ... LP, Vinyl record album