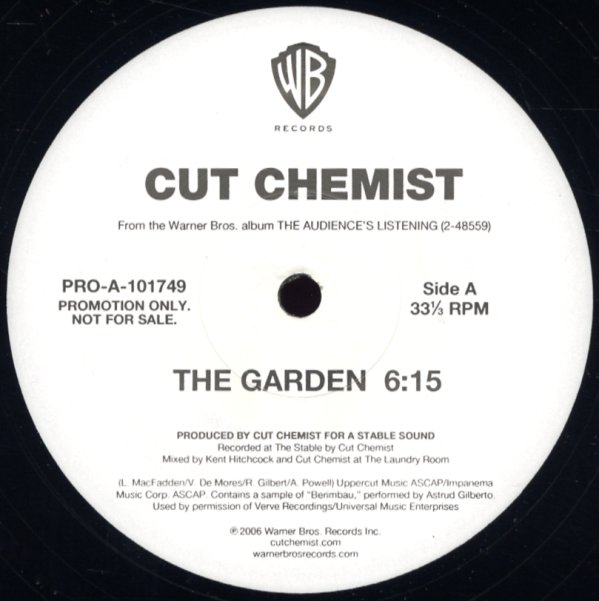 2 tracks from Cut Chemist's Audience's Listening LP – one an instrumental tapestry of Brazil-influenced moods – one featuring a duo of underground MCs! "Garden" is built around an Astrud Gilberto sample, but that's just a starting point for some really great production wizardry by Chem! "Storm" has kind of a terse, futuristic sound – out of character for Cut Chemist, and all the better for it, and features rhymes by Edan & Mr Lif.  © 1996-2021, Dusty Groove, Inc.
(Promo in a stickered sleeve.)