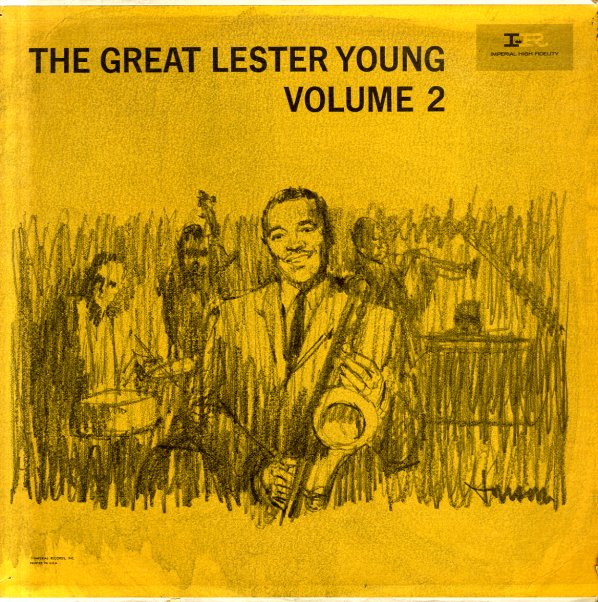 Great early work from Lester Young – an Imperial Records collection of early material from the 78rpm days of Aladdin Records! The work is a great bridge between swing and pop – and Lester Young's tone is superb throughout – on titles that include "One O'Clock Jump", "Easy Does It", "East Of The Sun", "No Eyes Blues", "The Sheik Of Araby", "Confessin' That I Love You", "Something To Remember You By", "On The Sunny Side Of The Street", "Jumpin' At Mesners", "It's Only A Paper Moon", "Lover Come Back To Me" and "Jumpin' With Symphony Sid".  © 1996-2022, Dusty Groove, Inc.
(Early 60s mono pressing with deep groove.)