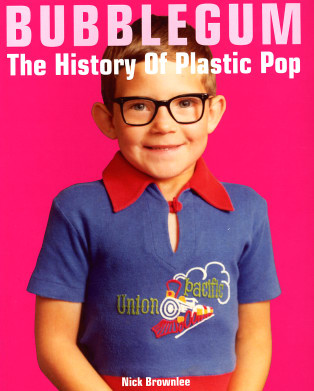 Bubblegum – The History Of Plastic Pop

A cool little retrospective of 50 years worth of manufactured pop music – one that starts out with the earliest roots of the genre in rock and roll, and follows it right up to present-day boy bands and studio acts! The book moves forward decade by decade, focusing on group after group – presenting them in mini-profiles that sometimes exposes hidden sides of the artists – especially those you might not normally think of as bubblegum acts! Obvious schlock is stacked next to more serious artists – in a unique take on the evolution of pop on both sides of the Atlantic. Artists include The Crystals, Ricky Nelson, Tommy Steele, Billy Fury, The Bay City Rollers, The Osmonds, David Cassidy, Bow Wow Wow, MC Hammer, Bucks Fizz, and a heck of a lot more! 167 pages, softcover, with images in color and black and white.  © 1996-2022, Dusty Groove, Inc.