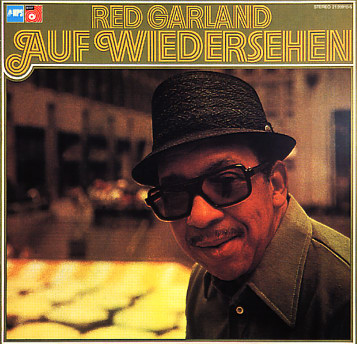 A rare early 70s session from pianist Red Garland – one of his first in many years after a strong 50s run for Prestige! The record shows Red losing none of his warmth and grace on the keys – and he's set up in a great trio with Sam Jones on bass and Roy Brooks on drums – both players well-tuned to match Garland's subtleties on the keys, and step forward with his strong and inherent sense of soul. A few tracks are nicely contemplative, and great examples of the Garland tone at its best – but others hit a more flowing style that shares some of the MPS groove of the time. Titles include two Garland originals "Auf Wiedersehen" and "Old Stinky Butt" – plus "Hobo Joe", "A Night In Tunisia", "Stella By Starlight", and "Dahoud".  © 1996-2021, Dusty Groove, Inc.
(Nice Japanese pressing – with insert!)