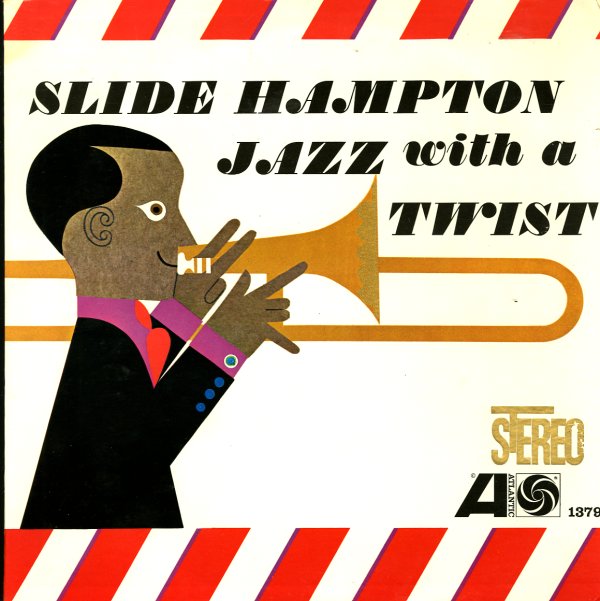 Jazz With A Twist

A firey stormer from the great Slide Hampton! The album's one of his few early sides for Atlantic – and like the others, it's a groundbreaking batch of larger group material, with slide out front on trombone, and the rest of the ensemble vamping along like a tight Blue Note combo. Players are excellent – and include George Coleman on tenor, Horace Parlan on piano, Hobart Dotson on trumpet, and Ray Barretto on drums – and Slide makes them come together so tightly, you'd think they were working together every night of the week! Titles include "The Barbarians", "Strollin", "The Jazz Twist", "Red Top", "Slide Slid", and "Day In Day Out".  © 1996-2021, Dusty Groove, Inc.
(Mono red & purple label pressing. Includes the Atlantic inner sleeve. Cover has some vintage sale stickers and a round peeled spot from sticker removal on front.)