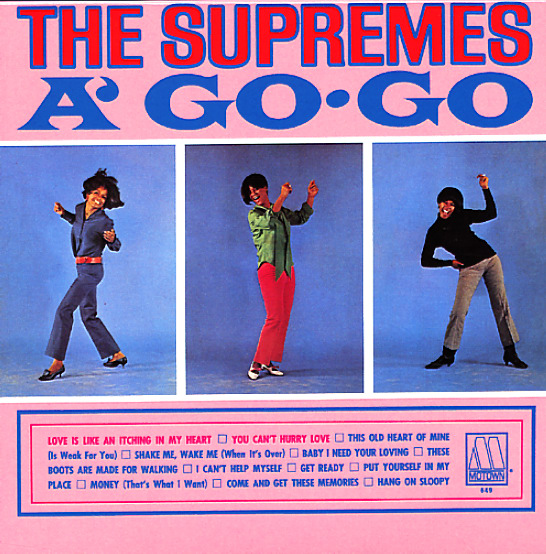 One of the biggest charting LPs by The Supremes – and one of the best, too! The girls are opening it up a bit here – getting in on some of The Miracles Go Go action of the period, and laying down tunes that have a bit more of a northern groove to them – relying a bit more on a more steady overall groove than the hugely catchy choruses of some of their biggest hits. A groovy record – with a tight theme! Titles include "These Boots Are Made For Walking", "I Can't Help Myself", "Get Ready", "Money", "Hang On Sloopy", "Come & Get These Memories", "Shake Me, Wake Me", and "Love Is Like An Itching In My Heart".  © 1996-2021, Dusty Groove, Inc.
(Stereo pressing with deep groove. Cover is nice!)

We Remember Sam Cooke
Motown, 1965. Very Good
LP...$14.99
The Supremes pay tribute to their fallen hero, Sam Cooke, with a nice set of tracks that includes "You Send Me", "Havin' A Party", "Wonderful World", "Nothing Can Change This Love", and "Cupid". LP, Vinyl record album