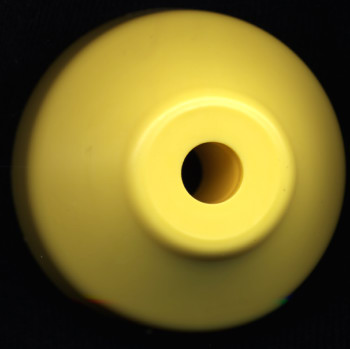 A crucial piece of plastic that you'll treasure for years! This 45 adapter may be tiny, but it provides a key function when you're out spinning in clubs – as it easily allows you to slide 45s on and off a conventional turntable, thanks to its unique cone-shaped top! The adapter fits on the spindle of any regular turntable (even those old-fashioned ones with the drop-type in the middle) – and its size and design make it a lot easier to switch 45s back and forth than most other adapters on the market!  © 1996-2022, Dusty Groove, Inc.
(Please note: the adaptors come in blue, red & yellow, so you may get any of these colors.)