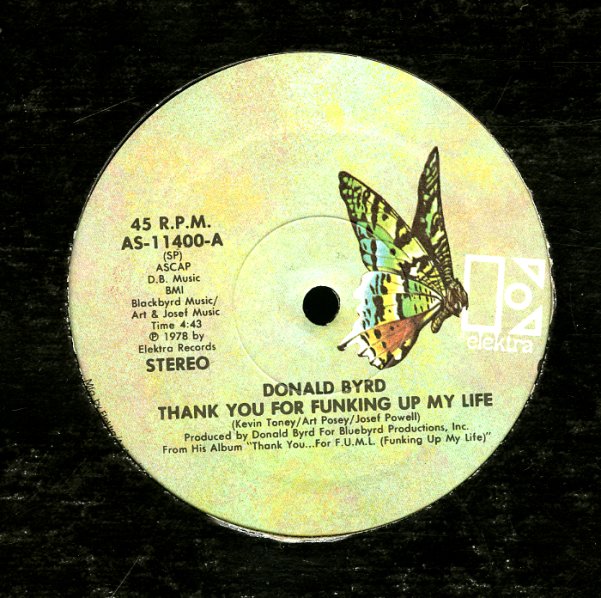 Thank You For Funking Up My Life/Loving You

Tightly stepping funk from Donald Byrd – two great soulful numbers from his post-Blue Note years! "Thank You" is a tune that's as catchy as you might guess from the title – a track that bounces along on a bassline, with Byrd solos over the top – plus some all-soul vocals that echo the chorus! "Loving You" is even better – a tune that soars high on sweet strings, but still keeps a really funky groove at the bottom – really one of the best mainstream blends of 70s club and soulful fusion from the time!  © 1996-2021, Dusty Groove, Inc.